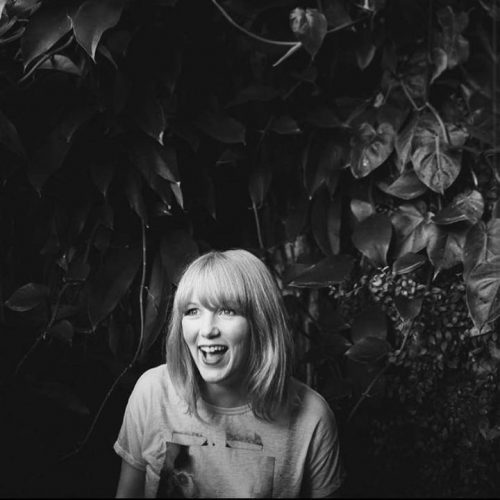 Jay has been performing comedy since 2005 working all over the UK as well as performing in New York, Los Angeles, Toronto, Reykjavik and Amsterdam. An experienced compere and stand-up Jay has an easy manner on stage, instantly connecting with her audience – whether a rowdy group of stags and hens or a serene ladies luncheon.

‘A stand-up with a future getting ever rosier’ – Brian Donaldson

The girl next door persona allows her to get away with the darker jokes that punctuate her material. Her comedy has been described as chocolate-covered hand grenades. Don’t be mistaken Jay’s personality can melt butter – sometimes by using a flamethrower.

Clever material delivered with effortless charm and packing a bite every bit as bad as its bark.

An experienced writer and performer Jay has worked on a number of hit BBC Scotland and BBC Four radio shows and is one of the longest-running panelists on Radio Scotland’s Breaking The News. Jay also secured a small part on Season 2 of The Comedy Unit’s hit BBC1 show Scot Squad.

⭐⭐⭐⭐⭐ ‘Engages her audience with such playfulness and genuine curiosity we have no choice but to cling to her every word.’ – EdFest Magazine
⭐⭐⭐⭐ ‘warm, wise, witty and occasionally waspish’ – The Scotsman
‘Cuddly one sec, cruel the next, this comic will have you open-mouthed in amazement’ – The List
‘Jay has the audience in a consistent fit of laughter’ – The Student Newspaper
‘An evocative storyteller’ – The List
‘A strong and entertaining hour’ (Praise for Jay Lafferty Wheesht!) – The Skinny

All Sessions by Jay Lafferty