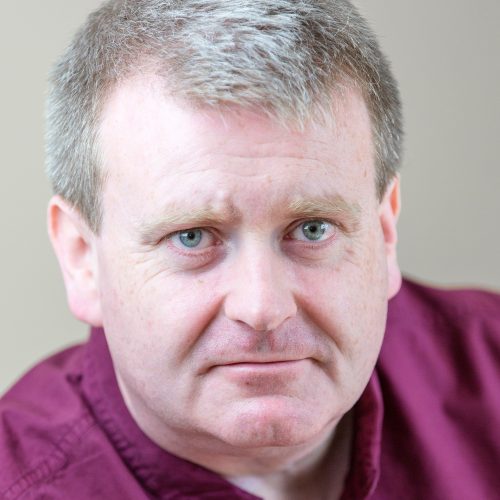 Raymond Mearns is one of the UK’s busiest circuit comics and can be seen regularly performing at venues all across the country and frequently on the International Comedy Circuit.

“A personality so huge it fills the room” – The List

“A Genuinely Charismatic and Funny Entertainer” – The Metro

“Exceptionally Funny and Cathartic” – The Scotsman

Successful Edinburgh Festival Fringe shows every year from 2011 till 2019 have shown that Raymond has a considerable ability to keep his stand-up fresh, relevant and most of all extremely funny.

Described by Frankie Boyle as “a genuine improvisational genius”, Raymond is at last gaining wider recognition as one of the most consistent comedians in the land.

All the while he has also balanced his comedy career to incorporate work as a character actor in film and TV, with roles in “Rab C Nesbitt”, “River City”, “Limmy’s Show” and “Legit’” amongst many others.

Raymond is a regular panellist on the BBC Scotland satirical comedy show “Breaking the News”, where he has won plaudits and picked up a whole new fan base by combining erudition with his considerable comic talent to create a unique voice and many memorable moments on this groundbreaking show which, prior to the pandemic, was recorded in front of a live audience.

In 2021 Raymond can be seen in The BAFTA-nominated feature film “Limbo” directed by Ben Sharrock and in the BBC Scotland / Spud Gun Production “Scotland Made Me” directed by Stuart Locke.

All Sessions by Raymond Mearns